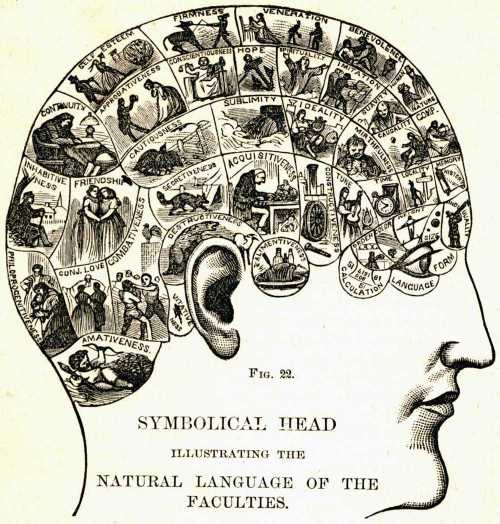 hy·dri·od·ic (hī-drē-ˌäd-ik),  adj. [hydr- +  iodic], designating or of an acid, HI, produced by the direct combination of hydrogen and iodine or by the hydrolysis of phosphorus tri-iodide: it is a colorless gas, readily soluble in water, and forms salts called iodides.

Here we are, week three of flash fiction february, and I’m pleased to present a story by writer PR Griffis.

FIVE-DOLLAR WORDS OUT OF NOWHERE

My girlfriend, Stacy, she had this problem with her brain a few years back. Not an aneurism, but something like that. Pressure on the brain. They went in to operate, to relieve the pressure, because it got so that she would blank out on the words for commonplace objects—phone, lighter, keys, wallet. That thing, she’d say, pointing, brow furrowing. That thing there.

They went in to operate, like I said, but they nicked something in her brain. Some something that at first didn’t seem like a serious something. The doctors had told the family they should expect some slight change in mood, or maybe told them it was possible. Not to be surprised if it happened. One of the risks of the procedure.

Had they not operated, apparently, the pressure would have built until it crushed out voluntary motor functions: speech, walking, like that. Then involuntary motor functions—breathing, heartbeat, temperature regulation. I mean, at least for a while, you could remember to breathe, at least while you’re awake, but I wouldn’t know how to start reminding my heart to beat. And temperature regulation? Humans, so I understand, have a very narrow band of core temperature—something like 95 to 103—where the organs can continue to operate. How would you know when you were too cold or too hot, and what would you do about it? Had they not operated, it would have been fatal, like I said.

This thing that they nicked, it didn’t so much bring about a personality change as it did fundamentally change her relationship to things. That’s the best way I know how to describe it. The first place her family noticed the difference was with words. Before, she would stare at the vacuum cleaner for five minutes, trying to remember what to call it, knowing that she knew or had known—now, apropos of nothing, she would up and say saponification. Or transmogrify. Or hydriotic. Five-dollar words, out of nowhere. She had no idea what they meant. Who knows where she got them?

Had that been all—dropping into everyday conversation contextless SAT words—maybe it would have been okay. But her relationship with the world changed as well; she was at some kind of remove. She would tell her family, for instance, in thanking them for birthday presents, “I deeply appreciate this token of kinship, and I hereby agree to the implicit contract to provide you with a gift of equal or greater value when your birthday comes around.”

At first, her family was so happy she wasn’t dead that they didn’t mind too much. More words is better than no words, and a different Stacy was certainly better than no Stacy. Even if that Stacy was vastly different than the one they’d known up to then. But after a while of this—her being the human dictionary with no definitions, her seeing the process of courtship, for instance, as a series of exchanges culminating in a tacit agreement regarding when and with whom and to what end it was appropriate to engage in procreative acts—there was some talk among her family members about suing the doctor who did the surgery.

There was talk, but they’re the kind of people that tend to pony up for the electric bill right after it gets cut off for nonpayment. As in, for instance, one of the younger kids (her family’s the have-the-kids-at-home-types), he’s six or seven now, they’ve still got his umbilical cord and placenta in the deep-freeze out on the porch. They’re planning on doing something with them, they say. Something symbolic. Hopefully they’ll get to it before the power gets cut off for long enough for it to go bad.

All this happened a few years before I met her. The Stacy she is now is the only one I’ve known, this other one something that gets related by her family at reunions, Sunday dinners, Fourth of July celebrations. She doesn’t really ever talk about it.

“What good does it do to talk about what was but isn’t anymore?” she says when I ask her. She shrugs when she says it—a lift and release of the shoulders, a tilt of the head, the raising of one eyebrow, a flip of the hands. Gone today, gone tomorrow, she seems to be saying. So it goes. Nothing to be done.

In the three years we’ve been together, she’s been writing down the words, looking up the definitions. Committing them to memory. Hundreds of them. Thousands. At night, in bed, she repeats these words to herself, her finger tracing the pages of her notebook, trying to fill in the blanks.

“Saponification,” she says, her voice flat and odd. “Verb. From the Latin sapo- for soap. Chemical reaction that occurs when a vegetable oil or animal fat is mixed with a strong alkali.”

“Transmogrify,” she says. “Noun. Pseudo-Latinate. Process by which something changes, especially in a surprising or grotesque manner.”

“Hydriodic,” she says. “Adjective. From the Greek hydro-. Designating of an acid produced by the direct combination of hydrogen and iodine; a colorless gas, readily soluble in water, forming salts called iodides.”

“Where does this end?” I ask her sometimes.

“Death, certainly,” she says. “And maybe before. I can’t really say.”

“At whatever point the male and female gametes—the sperm and the egg—join and turn into a zygote,” she says.

“I love you,” I tell her, turning off the bedside lamp.

“Perspicacity,” she says in the darkness.

Tonight, in bed—me supine, arm wrapped under my pillow, her sitting up, her back supported by the headboard—her brow is furrowed.

“If you were always the way you are?”

She holds her hands out, palms up, in a gesture reminiscent of her what’s to be done about it? Except now she turns them over. And again.

I don’t know what to say to this, so I say nothing.

“Including this,” she says.

PR Griffis is a writer and editor for The Murky Fringe, an online-thingie reachable at themurkyfringe.com. He lives with his wife, the writer Mika Taylor, in a defunct mill town in northeastern Connecticut. He is currently at work on a novel; his shorter work has previously appeared in Devil’s Lake and The Rio Review.

On the creation of “Five-Dollar Words Out Of Nowhere”:

I felt like I’d been dealt a crap hand with this word, kind of like when you come to a point of desperation in your dating life where you say “I’ll ask out the next person who walks in that door, give myself up to fate,” only to have it be your best friend, or your mom, or someone wildly unapproachable. But there was something in the “production of salts” portion of the definition, a metaphorability of the sort I enjoyed very much in Ron Carlson’s “Towel Season,” which if you haven’t read it, you should. From there, I started sketching in my head, and the logical impossibility implied by the statement “everything I say is a lie” presented itself to me. Most of the writing I’ve done of late is either on a novel or in 200-word bursts, so it was interesting to work under a different set of constraints. My main focus as a writer of late is trying to disprove the notion that all short fiction has to be slit-your-wrist-tragic or laugh-out-loud funny. In this, I’m trying to make my fiction more like life.

Today, we have a guest post from writer and friend of the project, Julie Lauterbach-Colby*:

A space opens to provide context—topographic lines separating what runs away (what I have run from). Almost as soon as we crossed the Californian border into Nevada we start to see the dried salt flats. What used to be lakes, appear as opening voids on the altas. Points, here. An exact location rendered gone. Those first explorers into the open lands: the badlands, wastelands. Where the earth has dried and cracked, opened up from sudden change, sudden pressure (the constant ebb of flow of life, of family units), chasms of depth and darkness. How deep is each cut (of the earth)? Around the outer rims, white powder still visible. Traces of. Portraits of. The past. Water marks: where seawater dug its way gently into the sides of the land. With each receding, circular line: a closing in upon itself. Earth’s vacuum effect. From a bird’s eye view, cartographers map each concentric shape wider, farther apart from the last. On a map, what we have is an inverse mountain, a valley that appears to create a wide vortex but which, from the ground, appears nothing but flat for miles and miles and miles. 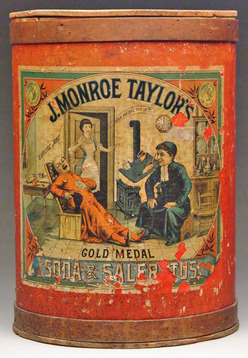 The cake, too: flat and even when I peek into the oven to check its progress. Sudden change, sudden pressure: my mother, a lesson. Set on the counter to cool, the soft center closes in upon itself. Baking soda, saleratus powder, likes heat and time to converge with the flour. What I have is (What appears from my bird’s eye view.) cartographic crater.

My family, driving the winding Californian coast each summer, past Carmel and Monterey out to the coast where we dug for abandoned shells and overturned abalone. On the edge, where saltwater plunges itself into porous rock, what remains? Collected in shallow pools, sun-evaporated during low tide, this white powder. Remains of after collected on the tip of one’s finger.

Ground up and put next to each other, sodium chloride (sea salt) and sodium bicarbonate (baking soda) look almost identical. (As in the saying, Like mother, like daughter.) But we must think back to the tracing of one’s concentric circles: each enclosed within the other (Do we interpret those inner rungs, those that, on a map, appear to be digging themselves into a hole?) but standing on the edge one sees that no: what we have is (       ).

*Julie Lauterbach-Colby is a writer, teacher and artist living in Tucson. She is currently working on a project that incorporates cartography, mathematical equations and cadavers, and owns her own editing business called Chicken Scratch Editing.