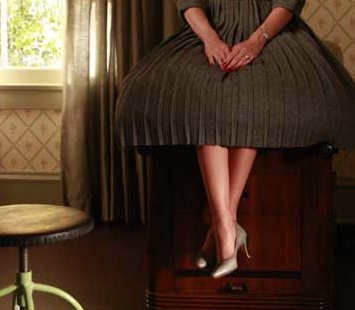 Today is our first guest post for flash fiction february, crafted by talented writer Jennifer Rice Epstein! You can check out some more about her writing at her food blog Meals, Squared.

The waiting room was smaller than her own small living room. There she sat, in an uncomfortable chair, her hands folded across the knitting in her lap. A hobby she’d tried, in recent months, to develop. Her husband, Jimmy, sat next to her. He’d taken the day off work to drive her here; she couldn’t figure out if he was annoyed about it.

She looked up at him, and he looked over to her and smiled. I’m nervous, she whispered. It’s just something in the air, he said. It’s the newness. She began to cough; he patted her hand and stood up, walked toward the reception desk.

Her name was Beth, and she was 21, a newlywed, a new college dropout. At night, she sat up, coughing, while her husband slept. He would be in their room, she on the sofa. Her husband slept through her coughing fits, even when they lasted several minutes, even when she was in bed with him. He slept through everything—maybe a result of his mission to Samoa, where packs of dogs roamed the street outside his house at night, hunting and howling. Maybe that was just how men slept.

Jimmy returned with a glass of water. She took it gratefully. He stood beside her. I need some fresh air, he said. I’ll come right back. I’ll be waiting right here when you get out. He walked away, and she wondered where to look. An old man sitting across from her caught her eye and smiled. She looked at the half-knit blanket in her lap.

She was 21 and lived in a suburb at the edge of Chicago suburbs. Behind their little house was a cornfield, but they were not farmers. Her husband worked at the Chicago Board of Trade. He liked to say he looked no further than his own window to see what his day at work would be like. He joked, but she knew his job was difficult, though she knew not, exactly, what he did.

Her husband thought the cough was allergies. At first, they both thought the cough was from allergies, something in the Midwestern air, something in the house. It had started just a few weeks after they’d moved in. At first, she was only a little put off by it, but he was very worried. They found a doctor in town, who said she was allergic to dust. The doctor’s confirmation put her husband at ease. Now, it was her turn to worry. The cough persisted, no matter how much she cleaned, whether she opened or closed windows, whether she did her shopping or stayed home. Contrary to her imagined married self, the coughing fits kept her from being a gracious host or charming guest. At parties, she sipped water and tried to speak as little as possible. In sacrament, she sat next to the door and, more often than not, missed part of the service.

In the waiting room, another Bethany was called, a woman in every way her opposite—older, darker, happier, pregnant. Perhaps she’d be that Bethany soon enough. She coughed into a handkerchief dotted with blood. This was new; it was the blood that prompted her to seek a second opinion. She was grateful in that moment that Jimmy had gone outside; he didn’t know. It was probably dust, allergies, the air. She’d probably strained something with her coughing.

She was a newlywed 2,000 miles from home. It was October; she had been out of school for five months. Jimmy was her high school sweetheart, a boy she met at a church dance, an Eagle Scout, descended from pioneers. She was still in high school when he left for his mission. Time stood still the first summer he was gone, but then she started her college studies, and that, with church, kept her mind occupied. In her sophomore year, he proposed by mail from Samoa. She remembered opening the letter, postmarked before Christmas, in February. This was his Christmas present to her and his requested gift from her. That’s what the letter said. She had waited several days to answer him, so that her reply would be postmarked on Valentine’s Day. It had all been very romantic. When Jimmy came home and got the job offer at CBOT, they decided to be married right away. She had a year of college left in Reno, but they did not want to be apart another year. At the time, she hadn’t minded the thought of moving. Illinois was just another adventure.

The nurse called her to the back and weighed and measured her. She took her temperature and sent her to the bathroom for a urine sample. When Beth returned to the examination room, it was empty. She sat on the chair, then on the examination table. She wasn’t sure where to sit.

The temple closest to their home had been in Salt Lake, seven hours from Reno by car, but they made the drive for their wedding. She remembered arriving at Temple Square, her own Vatican City, dress and hat and sensible shoes, feeling reverent and sophisticated. The families went sight-seeing, and, as she and Jimmy strode arm-in-arm past bronze statues of Joseph Smith and the Handcart Pioneers, she felt a wash of well-being. Everything here made sense. The day after they arrived, they married and were sealed. The reception was a luncheon with their families, and the next day she said good-bye to her parents. Their honeymoon was the drive to Chicago, where her husband had already leased the house.

It was hard to be so far away from her mother and sister in this cold, flat place that was making her sick. But she had Jimmy. She began to cough and reached for her handbag, but it wasn’t there. She’d left it, along with her coat, on a chair in the waiting room. She coughed, searching the room for a tissue. She found, instead, the faucet and drank from it eagerly, hoping it could soothe her throat. She drank and thought about her impeccably clean house, her husband’s letters, her fine, clear wedding day, and her hastily abandoned belongings safe on the chair, waiting for her. It was nearly enough to calm her. 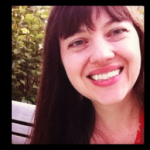 Jennifer Rice Epstein lives with her husband and two young sons in Chicago. Follow her on Twitter @jriceepstein.