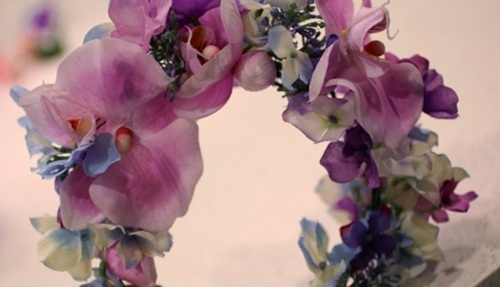 Well, here it is! We have arrived at the 30th day of the 30 days, 30 words challenge at the dictionary project. This project has been a valuable teacher. I have learned that I can make time and space—more than I would have imagined—for writing each day. I have learned to make something and then let it go. I have learned a healthy dose of humility for when I had to send pieces out that felt far from ready from public consumption, and I have experienced tremendous gratitude for those of you who have read and supported me—by reading, by commenting, by writing your own pieces over this time. Most of all, I have continued to learn something this project has already taught me, which is to value happenstance and constraints, to trust the process, to engage in inquiry and to follow curiosities. I extend my deepest gratitude for being a part of this experience.

May·pole  (ˈmā-ˌpōl),  n.  (often l.c.) a high pole, decorated with flowers and ribbons, around which revelers dance or engage in sports during May Day celebrations. [MAY + POLE]

The last thing she wanted to do was dance around a ridiculous pole with a ridiculous piece of ribbon. Seriously, she could not think of one other thing she would like to do less. Okay, maybe she could: it was to wear some sort of German bustier and skirt contraption and a flower wreath on her head while she danced around a ridiculous pole with a ridiculous piece of ribbon. Maribel had not signed up for this. She wanted to go to a normal school, you know, one where kids made out in the boiler room and ignored their teachers. The kind where being anti-social was cool and being on student council was not. The kind where this kind of community-building-spring-ritual-dealie would be a joke. But this was not that kind of school. Her classmates seemed to have emerged from some other planet—a planet where wearing wreaths made of plastic flowers from Michael’s on your head was some sort of boon and where dancing around a giant phallus with a piece of ribbon was a damn good time.

“Maribel, get over here,” Ms. Dorber called from across the lawn. She was beaming and holding out a piece of marigold ribbon in Maribel’s direction. Maribel shifted her gaze and pretended she didn’t hear. That didn’t work. Out of the corner of her eye, she saw Ms. Dorber coming straight towards her. She was still smiling.

“Maribel, didn’t you hear me? It’s time for the Maypole dance.”

“Um, don’t you think I could just sit this one out? I’m not really feeling very springy today. I could just cheer everyone on.”

So Maribel followed her over to the Maypole to join her classmates. She picked the marigold ribbon up from the dewed grass.

The music began. It was some jaunty orchestral shit that she bet one of the teachers had transferred from cassette. Geezers. She had practiced for this, they all had. They had been weaving in and out and around the Maypole during gym class all this week, hardly physical education if you asked her. No one had.

Now it was time for the real deal. She tried to be as small as possible as she weaved in and around her classmates. She was not accustomed to being in the spotlight and she didn’t like it. Every time she looked up, this boy from her biology class James was looking at her. He gave her a smile that made her uncomfortable, as if the two of them shared a secret. They had never spoken. Well, once. He had asked her to borrow a pen one day.

There was no time to ask him to stop being such a creeper or to say anything at all because all the sophomores were weaving in and out and in and out with their ribbons. Every time she went around again, though, there he was, gangly frame and smirky smile. But the last time she passed him, he whispered something to her. The music had kicked up—violins and flutes and all that—and she didn’t quite catch it.

It felt like this song was going to go on forever. Spring would turn to fall and fall to winter and they would still be here, arms frozen solid, circling and circling around. The teachers looked on with the expressions of teachers who like to see young people applying themselves. Suddenly, Maribel felt her ribbon slacken and she looked up. The pole was descending quickly to the ground and suddenly it was a mess of arms and legs and torsos and heads and ribbons as people scattered, getting out of the way of the giant striped pole. And like that, it was over. The pole lay on the ground surrounded by severed flowers and tangled ribbons. Amidst the wreckage, students were strewn all over the lawn, collecting their breath. Teachers were frantic, running around to make sure everyone was okay. Maribel scanned the crowd and spotted James standing off to the corner. She caught him smiling as he looked down at the ground. It was just an instant, that slight upward turn before his face neutralized. But that instant gave her hope. Maybe she was not alone.