As I mentioned in my last post, this week I will be featuring posts by guest contributors who are offering their own insights and observations on the first word ever randomly selected for the dictionary project: 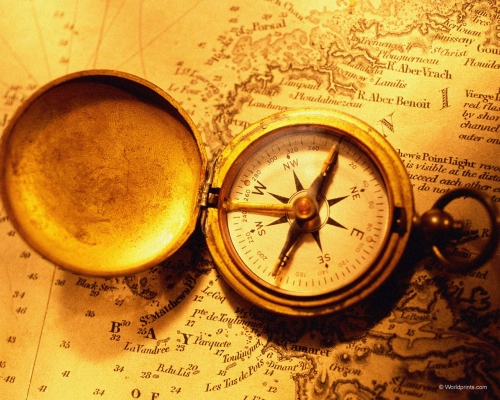 We study the line. From point A to point B we have the closest distance. Draw a footpath, map out a solid trail of breadcrumbs. Denote journey and begin.

Intersection of lines, latitude and longitude, a knitting, a stitch. Sense of security; single location of one self in space. I say one, because, can we ever possess our whole selves in any given moment? Denote a journey, a beginning.

We are all familiar with the history of the GPS (I wasn’t). Devloped by the military to deliver an exact point, an exact location. We are talking precision here: the most authoritative mode of travel, point A to point B and nothing else, nothing outside. Similar to (and at the same time, nothing like) medieval road maps.

Matthew Paris, an English monk from the 1200s, was famous for them. He made the maps in likeness to Roman army parchment maps: thin strips, the maps only showing road and important places along that journey. Most often, these journeys were spiritual: how to travel from London to Jerusalem for a holy pilgrimage.

(How to, with accompanying pictures for each: Start in London [A]; cross the English Channel [B]; through France [C, where the whole country was drawn as a single castle with three spires]; into Italy [D]; across the sea [E]; onward to the holy land [J, with a few undeciphered points in-between].)

Notes in the margin of the parchment scaled distance, how long it would take one to travel between destinations. Roads were straight—study the line: from point A to point B we have the closet distance. Nothing exists outside the frame, no chance for wandering minds, no detail for lay of the land. These maps were about getting. About time-management, efficiency. Exactness, with a clear sense of exclusion. As in, “Shoulders back, chin up.” Presentation of one self and oneself. (I cannot seem to stress this enough.)

It was from a fear of its exactness that military personnel insisted that the GPS technology remain hidden from the world citizen. In 199__ the Clinton administration “unscrambled” the codes and put the GPS on the public’s radar.

Take a GPS and map out a ten-mile radius from where you are (your house, your car, your supermarket, your post office, your church) and follow that breadcrumb trail from each direction: go N, NE, E; SE, S, SW; W, NW. Upon arrival, turn 360° and take in the view.

You’re going to this one spot, and it’s a dictated spot. Once you get there, infinite possibilities. The first sea cartographers used x to mark not treasure but danger. Define trespassing: there are a million ways in which I lie.


*Julie Lauterbach-Colby is a writer, teacher and artist living in Tucson. She is currently working on a project that incorporates cartography, mathematical equations and cadavers, and owns her own editing business called Chicken Scratch Editing.