Outrage & Outcry: Infuriating Our Way into a Better Future 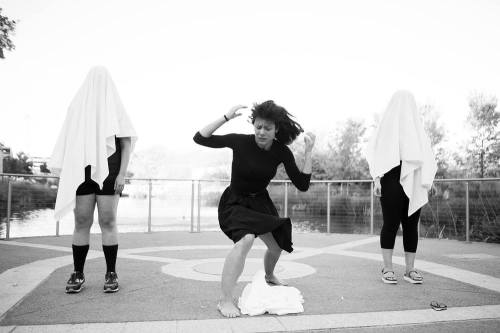 Like many of us, I have read the powerful statement written by the woman who survived rape by Stanford student Brock Turner. It took me several sittings to get through her visceral recounting of the brutal rape and ensuing trauma. Lately, as I have read the news—hearing actress Amber Heard’s account of abuse at the hands of Johnny Depp and backlash from those who don’t believe her, reading the Stanford rape victim’s letter and then the horrific defense letter by the convicted rapist’s father bemoaning his son’s lack of appetite and how the act of raping a woman will impact his son’s future—I have come face to face with my own fury. A mantra has boiled under the surface of my skin, sometimes an incantation, other times a scream of protest: Trust Women. Believe Women. Trust Women. Believe Women. Trust Women.

Almost every woman friend of mine has a story of coercive sex if not one of sexual assault. Many of us have stories of emotional or physical abuse. I have taught on a college campus for nine years, and I have seen the way that sexual assault and the threat of assault impacts the lives of young women. They come to college to learn and one of the things they are forced to learn is how to walk in packs, how to keep an eye out for one another, how to try to protect themselves from the threat of sexual assault. Or they have to learn how to heal from trauma when they are the victims of sexual violence. They have to learn that even if they bravely come forward, they may not be believed.

I am so sick of women not being believed. I am so tired of having to prove myself trustworthy.

After having watched these recurrent public denials of women’s pain, suffering, and value and coming to terms with abusive experiences in my past, my body has become a live wire, hot anger coursing through my veins.

This rage is a relief.

Anger is not a comfortable emotion for me or for many women. We are socially conditioned out of our own anger. We are told that we need to be nice, that we need to protect others’ feelings, that our sense of safety is less important than the needs or desires of others. We are made to feel that it is not okay to take up space and anger is the ultimate form of space-taking. Anger says: I won’t abide this. Anger says: This is not okay. Anger screams: No More. Anger will not be silenced. Anger accepts no compromise.

And anger in and of itself is not a bad thing. Anger at its most healthy is our body and mind informing us that we have been violated. The productivity of anger, like all emotions, depends entirely on how we channel it. What I am seeing now is a world of women channeling our collective rage about this particular sexual assault—and about the constant abuse, assault, and belittling of women—into an outpouring of support and an outburst of creativity.

I’m thinking of the woman who rewrote the letter written by Brock Turner’s father so that it accurately reflected the atrocious actions of his son and the father’s deeply problematic attitudes towards women and rape. I’m thinking of the women—among them actress Cynthia Nixon and First Lady and Mayor de Blasio’s wife Chirlane McCray—who gathered in Gracie Mansion to read the rape victim’s statement in full. I’m thinking of the video featuring actresses from Girls in which they talk about the need to support a woman not because she is someone’s daughter or wife but because she is someone. I’m thinking of Kim Saumell’s list essay where each section begins with “I was never raped but” and proceeds to document the way that rape culture has permeated her life and affected her health, wellbeing, and safety. I’m thinking of Kelly Sundberg’s essay in which she recounts her own experience of intimate partner abuse and says that not believing Amber Heard equates with not believing her. I’m thinking of the countless friends and acquaintances who have written and posted and spread word on my Facebook feed, demanding accountability and a world in which women are treated with dignity and respect.

In her recent opinion piece in the New York Times, Jessica Valenti wrote about the way a lifetime of misogyny impacts women, about the accumulation of constant violations, big and small, and the grip of trauma in our bodies as a result. She writes: “When we talk about gendered trauma, we tend to point to moments of physical danger, harassment or assault. Those are critical to discuss, of course. But we can’t leave aside the snowball effect of all types of sexism over a lifetime. For me, it’s not one particular message or adolescent incident that bothers me; it’s the weight of years of multiple messages and multiple incidents. It’s the knowledge that this will never be just one day, just one message, just one hateful person. It’s a chipping away of my sense of safety and my sense of self.”

The burden of these experiences weighs on all of us as women. We are told, over and over again, by people we know and by strangers, that we are not entitled to the space we take up, to our voices, even to autonomy over our own bodies. We are treated as if we are small and disposable.

The only thing harder than the rallying against the assault and abuse of women is the constant dismissal from those who ultimately argue that either this suffering doesn’t exist or that it is inconsequential. And in saying violence against women is inconsequential, our culture says that women—their pain,  their stories, their worth, their lives—are inconsequential.

What I see happening now in a very palpable way is women showing we are the exact opposite of this by fully owning and embodying our power and standing up for one another. What is different now than the outrage and outcry of the past is that in this moment, the concentric circles of women’s empathy and rage are spiraling out. The Stanford rape victim and survivor’s letter was a catalyst for women—and men allies—to rise up, amplify their outrage, and refuse to let this grief and anger die out.

There is a long legacy of women in deep mourning—keening, wailing, weeping, tearing their clothes, laying their grief and fury bare. These women and their grief refuse silencing. I see this moment as a modern version of that very old tradition. Women are saying: I see you. I hear you. I believe you. I will help you carry your story. We can carry our stories together.

The Stanford victim released a second statement this week to address her anonymity. She said, “I remain anonymous, yes to protect my identity. But it is also a statement that all of these people are fighting for someone they don’t know. That’s the beauty of it. I don’t need labels, categories, to prove I am worthy of respect, to prove that I should be listened to. I am coming out to you as simply a woman wanting to be heard. For now, I am every woman.”

In 1968, poet Muriel Rukeyser wrote: “What would happen if one woman told the truth about her life? The world would split open.” Thank you to the survivor of rape at Stanford for sharing your voice and words and splitting the world wide open. This split makes room for our outrage to echo and for a different reality to be born.

Lisa M. O’Neill, creator of The Dictionary Project, is a writer and writing teacher based in Tucson, Arizona. She writes at the intersection of pop culture and politics, focusing on issues of gender, class, race, and mass incarceration. You can find her at her website or on twitter.

2. an action or event causing anger, shock, or indignation: “the decision was an outrage” synonyms: scandal, offense, insult, injustice, disgrace

1.  arouse fierce anger, shock, or indignation in (someone): “he was outraged at this attempt to take his victory away from him” synonyms: enrage, infuriate, incense, anger, scandalize, offend, give offense to, affront, shock,horrify, disgust, appall;  violate or infringe flagrantly (a principle, law, etc.): “their behavior outraged all civilized standards”

One response to “Outrage & Outcry: Infuriating Our Way into a Better Future”