This week, I’m so pleased to share with you an interview with author/illustrator extraordinaire Margaret Kimball. Margi’s work reflects her quick mind, her quick wit, and the ease with which she navigates/blurs/confronts the (often artificial) boundaries of written language and visual image. Enjoy! 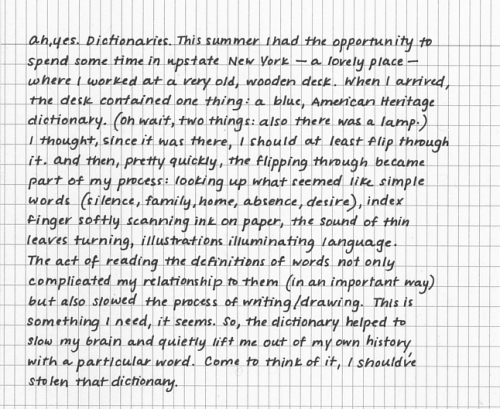 2.   What is your current favorite word?

4. Please respond to the following words and definitions*, picked exclusively and randomly for you:

padded cell, a cell, or room, lined with heavy, soft material for the confinement of violently deranged patients or prisoners.

bar·rier  (barēər)  n.  [ME. barrere;  OFr. barriere  <  barre; see BAR, n.]  1.  originally, a fortress, stockade, etc. for defending an entrance or gate.  2.  a thing that prevents going ahead or approaching; obstruction, as a fence, wall, etc.  3.  anything that holds apart or separates: as, shyness was a barrier between them.  4.  a boundary or limitation.  5.  a customs gate on a country’s border.  6.  [sometimes B-], the part of the south solar ice sheet that extends into the sea.—SYN.  see obstacle. 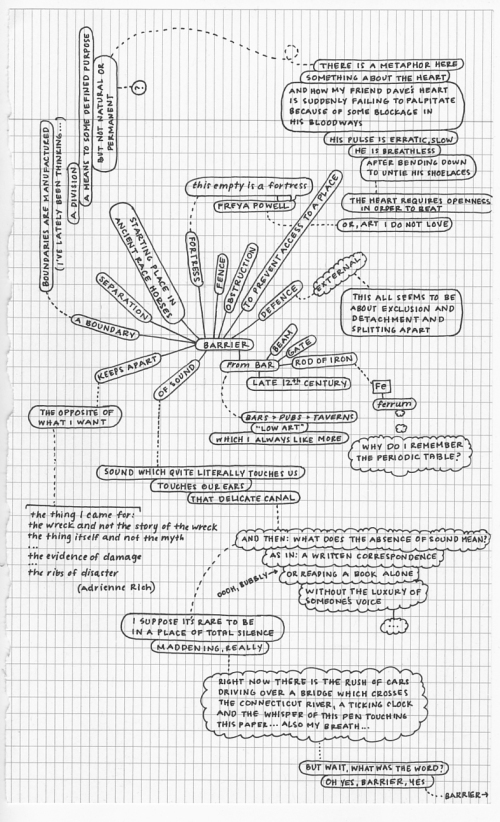 United Nations,  an international organization formed January 2, 1942, by the nations opposed to the fascist coalition of Germany, Japan, Italy, and their satellites. The 26 nations that met to form the organization were: the United States, the United Kingdom of Great Britain and Northern Ireland, the Union of Soviet Socialist Republics, China, Australia, Belgium, Canda, Luxembourg, the Netherlands, New Zealand, Nicaragua, Norway, Panama, Poland, Costa Rica, Cuba, Czechoslovakia, the Dominican Republic, El Salvador, Greece, Guatemala, Haiti, Honduras, India, the Union of South Africa, and Yugoslavia; as original members joining the preceding nations in 1945 were Argentina, Bolivia, Brazil, the Byelorussian S.S.R., Chile, Columbia, Denmark, Ecuador, Egypt, Ethiopia, France, Iran, Iraq, Lebanon, Liberia, Mexico, Paraguay, Peru, the Philippines, Saudi Arabia, Syria, Turkey, the Ukrainian S.S.R., Uruguay, and Venezuela; by 1950, additional nations that had become members were Afghanistan, Burma, Iceland, Indonesia, Israel, Pakistan, Thailand, Sweden, and Yemen. The members were organized to promote world peace and security under a permanent charter at San Francisco in May and June, 1945, and since 1946 have had their headquarters in New York City: abbreviated UN, U.N. 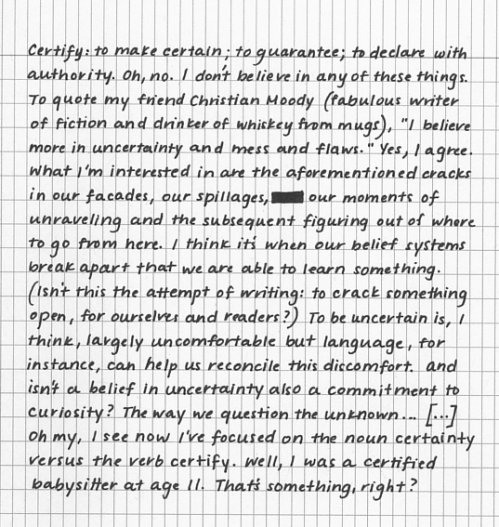 Margaret Kimball lives and teaches in Boston, Massachusetts. She was a resident at Yaddo this summer and her work has recently appeared in Defunct, DIAGRAM and Copper Nickel. She’s currently figuring out how to spend next summer living in a tree house in Central America.