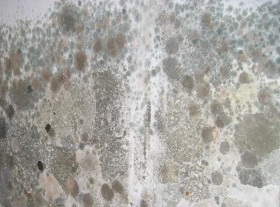 wa·ter ta·ble  n. :  the upper limit of the portion of the ground wholly saturated with water.

“The water table is the level at which the groundwater pressure is equal to atmospheric pressure. It may be conveniently visualized as the ‘surface’ of the groundwater in a given vicinity. It usually coincides approximately with the ‘phreatic surface’, but can be many feet above it. As water infiltrates through pore spaces in the soil, it first passes through the zone of aeration, where the soil is unsaturated. At increasing depths water fills in more spaces, until the zone of saturation is reached. The relatively horizontal plane atop this zone constitutes the water table.” –from wikipedia

I find it interesting that my finger landed on a page filled with words about water—waterway, water wheel, water wings—because water is what I desire almost constantly lately. I live in the desert so am unaccustomed in my daily life to seeing water anywhere else besides a drinking glass, the sink spout or the occasional swimming pool.

My thumb landed on two words: water strider and water table. As I discuss in the rules, in the event of such a situation, I get to pick. And I’m picking water table. I invite you to write your own posts about water strider in the comments section, if you so desire (wa·ter  stri·der  n. : any of various long-legged bugs that move about swiftly on the surface of water).

Water and I have a complicated relationship. I was born in July and regardless of how much astrology is or is not true, I feel a strong pull to water. Before Tucson, I have always lived in places that were anchored to large bodies of water—New Orleans, Washington, D.C., Rome, San Francisco. When I lived in New Orleans, I would often bike to a park alongside the Mississippi called The Fly. Especially on difficult days, I found looking out at the waves of the Mississippi, seeing the river curve around the bend and keep going, very reassuring. Here was this thing that just kept flowing. It’s sheer size was a comfort to me. No matter what was going on with me, the river would always be there, and I found a certain peace in that thought.

When the levees broke following Hurricane Katrina, the water rose through the streets of New Orleans and filled my childhood home with five feet of water. The water seeped into cabinets, into the mattresses and box springs. The water soaked the curtains. The water bled the photos in albums on my bookshelf. The water took indiscriminately and it took almost everything.

When my parents and I returned to the house a month after the storm, when we were finally let back into the city, we sorted through our saturated belongings. We held each other after we saw the watermark on the wallpaper and the smattering of mold on the sheetrock.

Then, I wasn’t thinking about water’s ability to provide sustenance. About its beauty or largeness. I was heartbroken. Water had ruined everything.

In the months to come, I would assess and reassess all my family and I had lost. I would remember books and journals and photo albums that had been in the room. Each time I remembered something new, I felt the grief afresh. A memory gone. I also grieved for the items I would never remember, for the ruined photographs that would have reminded me of past experiences, experiences I might not ever recall again on my own.

Then slowly, my parents began to rebuild their lives. I began to see changes, even if small ones, in the city and its progress. I began to worry less about lost items I could no longer hold in my hands.

Earlier this week, my house was broken into. The window was pried open and the burglars, likely teenagers looking for some quick cash, took some jewelry of sentimental value to me and my digital camera. They didn’t take my guitar or my computer or backup drive or other things I would have felt lost without. My house had been broken into, and I felt the  violation of my space. But my dog was safe and so was I.

And surprisingly, I didn’t feel outraged. I wasn’t panicked. I felt a bit less safe but not totally shaken. The robbers had taken some things that belonged to me, but they hadn’t taken anything I could not live without. And while I was sad at the loss of these things, I didn’t feel hostile. They were taking these things to fill a need they had: for money, for drugs, for something to maybe make them feel better about themselves and their own trials.

And I had the sense, even just a short time after I discovered the house in disorder and my things missing, that I would be okay. And I somehow knew that my previous losses had prepared me for this moment, had prepared me to handle it with grace.

We are taught in our culture to value objects. We are what we own. We need things that are pretty, and once we have these things, we need things that are even prettier. But I found that losing these things, even ones that had been given by loved ones, did not shake my sense of self. I still had the people who gave these objects to me in my life. And I was okay. In caring too much about objects, we become bound to them. I think we give those objects too much power over us. And ultimately, when these possessions break or are lost or stolen, we are the ones who choose to decide how to let their absence affect us.

This month will be five years since the storm, and while I still believe it should have never happened–the city of New Orleans and its people drowned and it was completely unnecessary, the city and its citizens were abandoned (and continue to be) when help was (and is) so desperately needed—the time hasn’t passed without me learning something really important: I am capable of handling loss, of dealing with heartbreaking grief and of coming out on the other side.

I still think sometimes about what is lost in the storm, and it is with a sense of sadness. But my sadness now is measured. All this was lost and I still stand. My parents still stand. We made it through this experience, fortunate to have our lives and each other. And it turns out that the funny thing about memories is that you keep making them. New ones are created to fill the spaces of the ones that are missing. We keep living. We keep remembering. And the water cannot take that away.