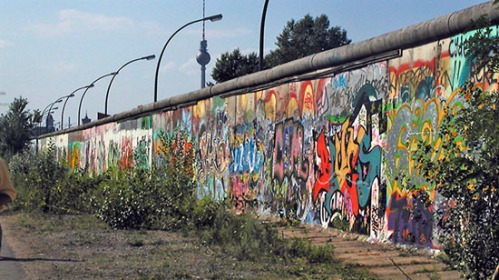 It is the final week of flash fiction february here at the dictionary project. I’m grateful to all the writers who took on the challenge, with no knowledge of what word they might receive, and shared their creations here.

For this final word, we have two writers sharing their work. Today, please enjoy this story by writer Esmé Schwall.

They chose Minsk. A river coursed—Eloise could envision it—through a plateau steamrolled by longing. Icy frigate. Impenetrable bastion. It was before she learned that to name was not the same as to imagine. In September, the dignitaries arrived, the teacher among them. He wore glasses. She held a sign—Your Sister City Welcomes You—and he paused to read it, his gaze a prism. The picnic was her idea.

The teacher stood near the chain-link fence that separated the shelter area from the now-closed pool. He was dressed like the other dignitaries, in t-shirts from the natural history museum where she had brought them that morning, shirts tucked into their brand new jeans, jeans bought a size too large and belted, jeans bought because they could be bought cheaply here. “Eloise,” the teacher said, “your city has undone itself.”

Eloise stuck a fork into her macaroni salad. She corrected her reflex to correct, and looked away from him toward the Frisbee players. Her son was one of the Frisbee players. Her mother had cautioned her to call her son something innocuous and unreal while he was in utero. Hershey, her son had been. He or she. Now he was fifteen, his face soft, but his jaw fiercening. The mayor approached the microphone and tapped it. The teacher had seemed on the cusp of speaking. The feedback whined. The teacher winced. Eloise saw her home particled like paint on the edge of a curb.

In the teacher’s hotel room she saw the river again, the crest of water, the land gone flat in its wake. The teacher brought his face to her belly. When she was pregnant her belly button had looked like a little nose within her belly’s swollen face. Her son’s father had drawn a pig face around the sticking-out belly-button, making it into a snout.

“Next year, in Minsk,” the teacher said.

For two months, the teacher wrote. He sent her a map with the sites he promised to show her: castles, a fortress, Baroque churches. He wrote the letters on very thin paper. In November, on TV, Eloise saw a woman pleading with East German soldiers. Eloise’s son made fun of the implacable men in uniform. He growled, imitating them, his voice thick with accent. “You are prompted to return,” he said. “We are not immured—we are protected.” By the end of the weekend they had seen the Wall chiseled at, tugged down by ropes. The graffiti reminded her of her son’s skateboard. She wrote to the teacher that her son was failing even English.

One day, the city employees’ head of human resources called Eloise in for a chat. She must stop using the advantages of her office as a vehicle for romance.

“What are they going to do, censor your mailbox?” her son said. From the couch they watched David Hasselhoff on the Wall. His jacket pulsed with Christmas lights. “They don’t get to decide shit like that.”

Her son rolled his eyes. “This sucks,” he said. “They should’ve invited Fugazi.” Even when they sat in a room together his voice sounded like something coming through a radio.

There were no more letters from the teacher. There were two rivers in Minsk, she learned, the Svislach and the Niamiha. Minsk reminded her of Pittsburgh. She bought a dress for the mayor’s annual tree-trimming event. The tree-trimming was held downtown where no one shopped anymore. Parking was expensive. They stood near the fountain where her son skateboarded on weekends; they stood in front of the head shop where he bought Converse from the clearance rack. The mayor scaled a ladder to grace the top of the tree with a giant dreidl made from Kwanza-colored lights. Celebration was a tea they steeped in.

As the mayor climbed down, her son said, “Here goes nothing,” and ran forward through the small crowd, pushing his way toward the tree just as the mayor stepped off of the ladder. Most news cameras missed the shot. Eloise only saw her son’s back and the mayor’s recoil. The gestures had no meaning yet, the way, in Berlin, resistance and retreat had made the same sound at first: a matter of footfalls. Her son vanished into the hold of a bystander.

It was only a joke, he said later, when he was allowed his phone call from juvenile detention. And anyway, did she think it had been fun to drink ipecac?

Eloise pictured the shiny buttons of the mayor’s suit gone milky with vomit. She had already been faxed a copy of the mayor’s dry-cleaning bill. “I’ll come get you in the morning,” Eloise told her son. He needed consequence. She knew this, and yet her voice shook, delivering it. The East German soldier she’d seen on TV had claimed that normal humans wear down after a mere twenty-four hours without sleep. “But we don’t tire,” he said.

In the morning, she waited in the lobby for her son to be escorted out. “Mom,” his lips mouthed when he saw her. She couldn’t hear him yet through the glass.

Esmé Schwall earned an MFA in creative writing at the University of Arizona. She teaches writing to high school and college students and plays cello with the band Seashell Radio. She can be reached at esmeschwall at gmail dot com. This is her first attempt at flash fiction.

On the creation of “Unsound”:

The protests in Egypt, Libya, Algeria, and Wisconsin have been on my mind. I’ve been in awe. I’ve been fearful. I’ve been enraged. I started my teaching career in the Madison public schools. Many of my friends and family members continue to work there. I’m now a teacher in a state without collective bargaining. I’m now a teacher in a border state. I’ve been thinking about inexorability and permeability. I heard that people in Egypt ordered pizza for the protestors in Madison. Minsk and the Hoff came up in separate conversations this week. That led to a memory of my hometown’s sister city project (not with Minsk), which led to a memory of a schoolmate puking on the mayor in protest of slick deals with big business. I remember watching the Wall fall—I was in ninth grade, sitting on the floor of my friend’s living room. Her dad, a social studies teacher, was with us. I was aware of the moment as one that I would remember. In memory, the footage is clamorous. But when I YouTubed it yesterday, I was surprised by the quiet. It’s interesting that in remembering, I’ve imposed victory and sensibility on the struggle. In the actual moment of protest or action, we don’t know how it will turn out.